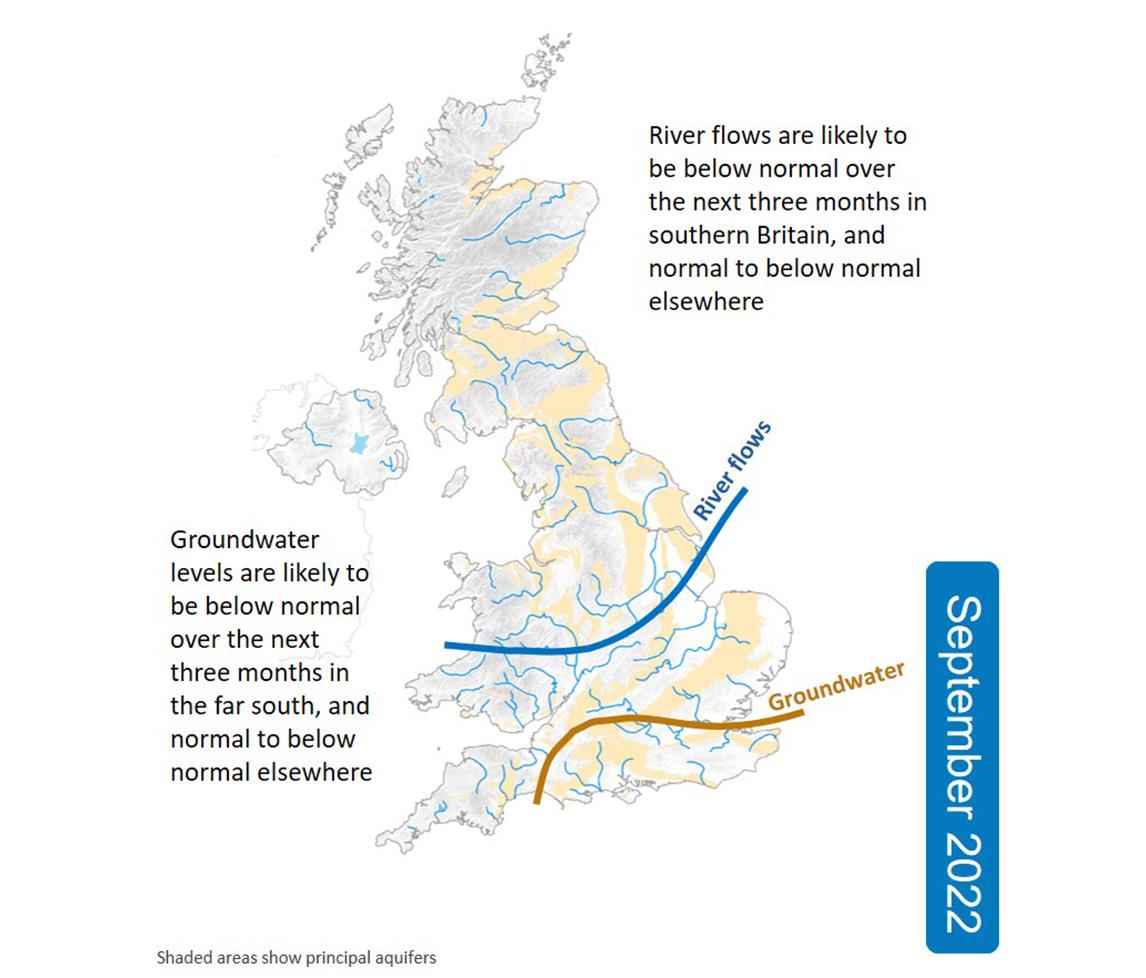 Rainfall in August was significantly below average for the UK as a whole, and it was an exceptionally dry month for most of England and Wales.

The rainfall outlook (issued by the Met Office on 29.08.2022) for September suggests near-average rainfall is more likely than wet or dry, and the September-November Outlook slightly favours a wetter rather than drier autumn, although notes southern and eastern regions have an increased risk of dry weather continuing.

River flows in August were below normal across most of the country, with normal range flows constrained to parts of northwest Britain. Across much of England and Wales, flows were notably or exceptionally low, the lowest on record in some cases.

Groundwater levels in August were normal to below normal across all aquifers, with notably and occasionally exceptionally low levels in the far south.

Groundwater levels in September are likely to be normal to below normal across northern aquifer areas, and below normal further south (with exceptionally low levels persisting in some boreholes). The three month outlook suggests a similar picture, but with levels tending towards normal, away from the far south, although there is much uncertainty looking ahead into the recharge season.