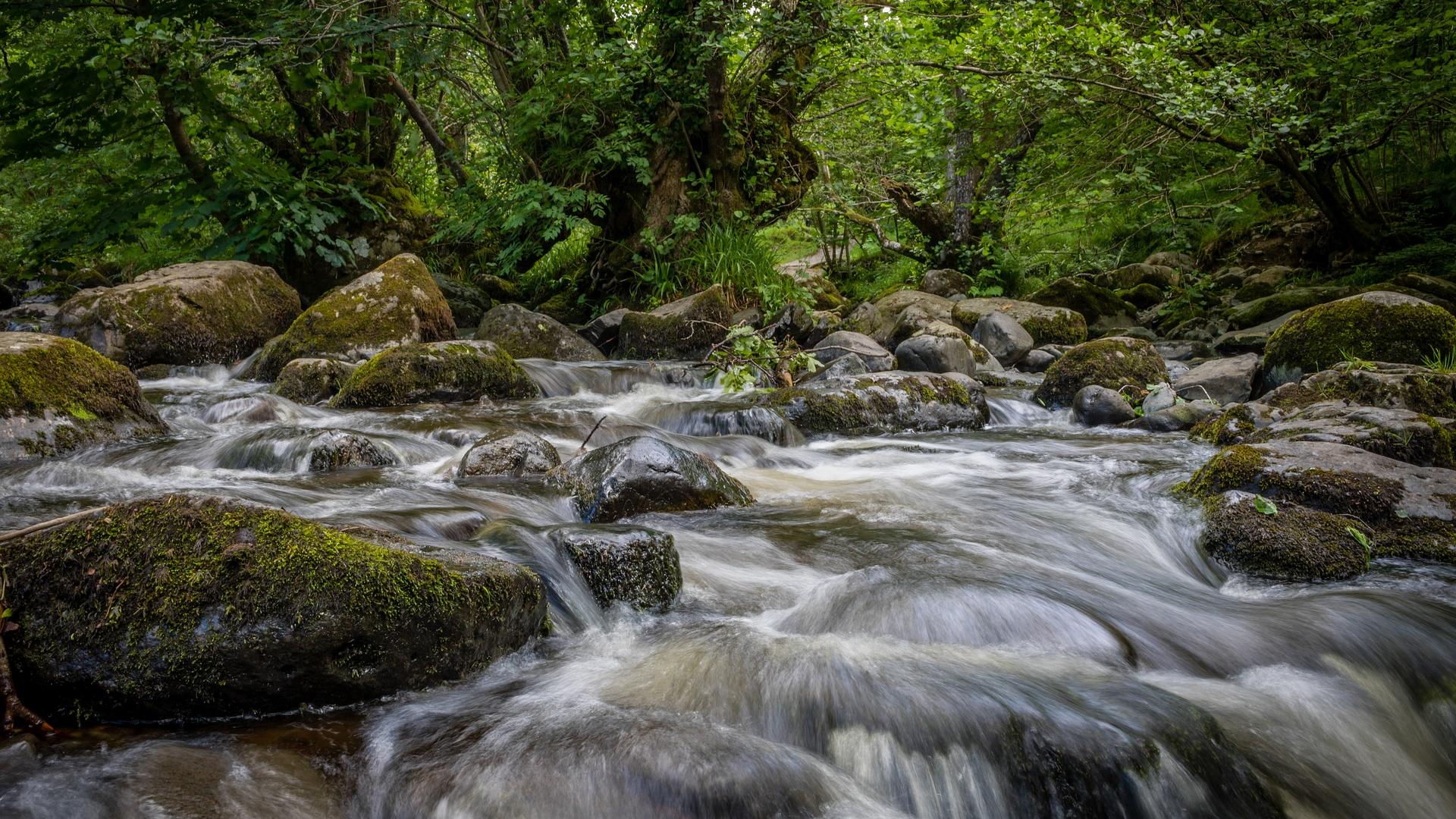 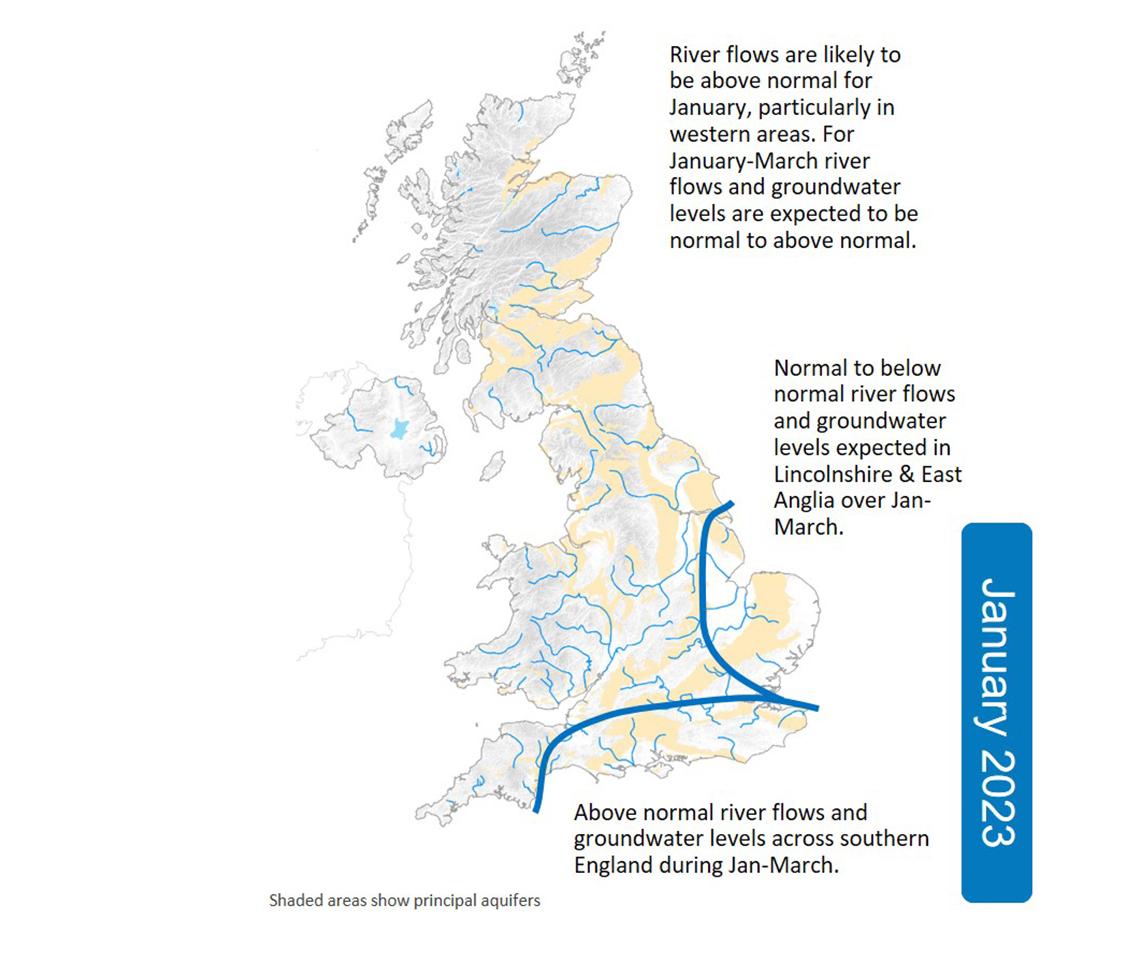 In December, above average precipitation was received in southern England, and along the north-east coast and eastern Scotland, whilst elsewhere it was drier than average, particularly so in western Scotland.

River flows in December were mainly normal for most of the UK, with the exception of East Anglia and the far north of Scotland, where they were below normal, and southern England where they were above normal.

Given the increased likelihood of wetter than normal conditions, river flows in January are likely to be above normal for many western areas of the UK. Over the three-month period, the same pattern is expected with flows in the normal to above normal range. Below normal flows are likely to persist in East Anglia.

Over the next month and three-month period, the same general pattern is expected to persist over most of the country with most areas being in the normal to above normal range. In Lincolnshire & East Anglia however, levels are likely to be normal to below normal.